Of all our influences, none has been more important than our grandmother, Annette Nancarrow.

She was a painter, sculptor and jewelry designer in Mexico who collaborated with many of the great artists from the Muralist movement of the 1930's and 40's. She was a true individual with a distinct point of view and a deep creative passion for all of the arts, including fashion. Her studio was full of jewelry-making supplies such as beads, pre-Columbian pieces and feathers, an endless world of artistry and imagination. 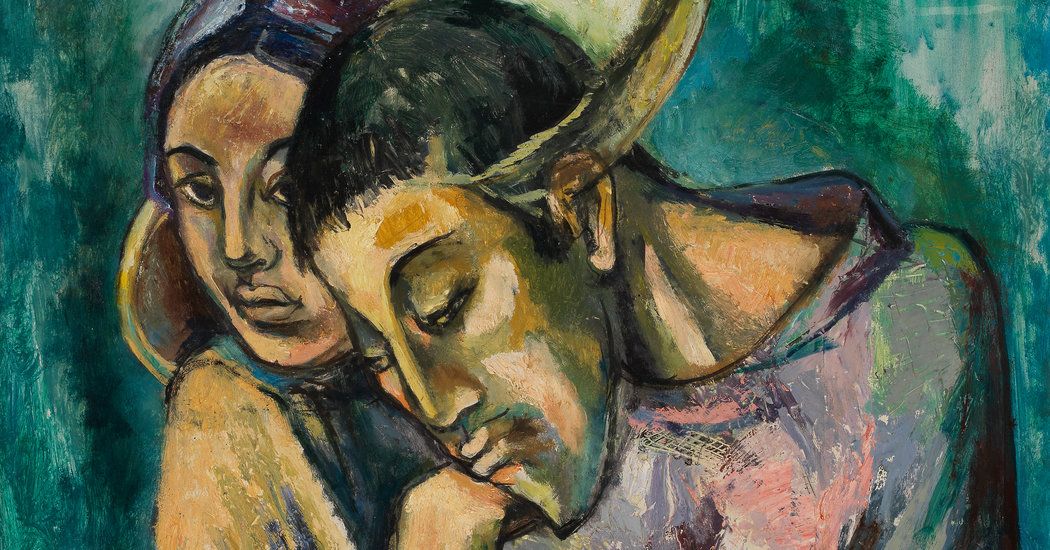 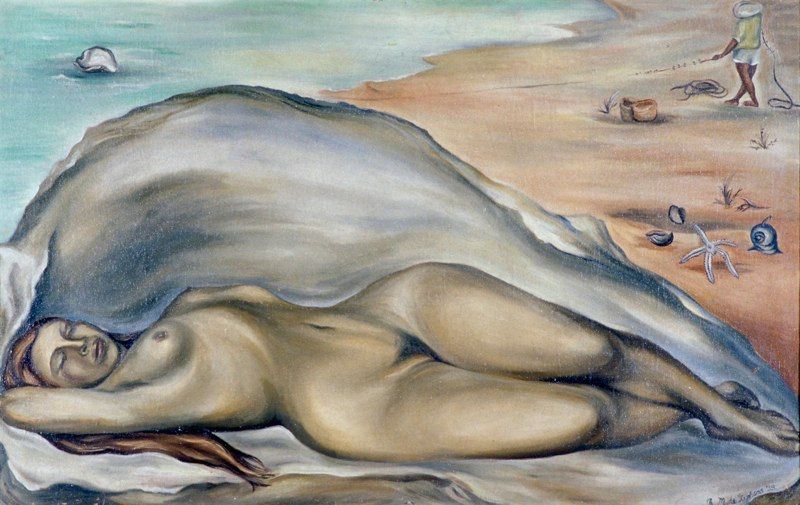 Annette was fascinated by Frida’s use of pre-Columbian beads in her necklaces, which inspired her some of own necklace designs. Here is Frida, pictured wearing one of Annette's necklaces.

During their friendship, Frida dedicated a rare lithograph to Annette and signed it:

"Anita - life has brought us together and I love you."

Not only did Annette paint alongside her artist friends such as Frida Kahlo, Diego Rivera and José Clemente Orozco, she was also painted by many of these artists.

Here she is in her Mexico City home, seated in front of her portrait by José Clemente Orozco and wearing one of her one-of-a-kind necklaces. 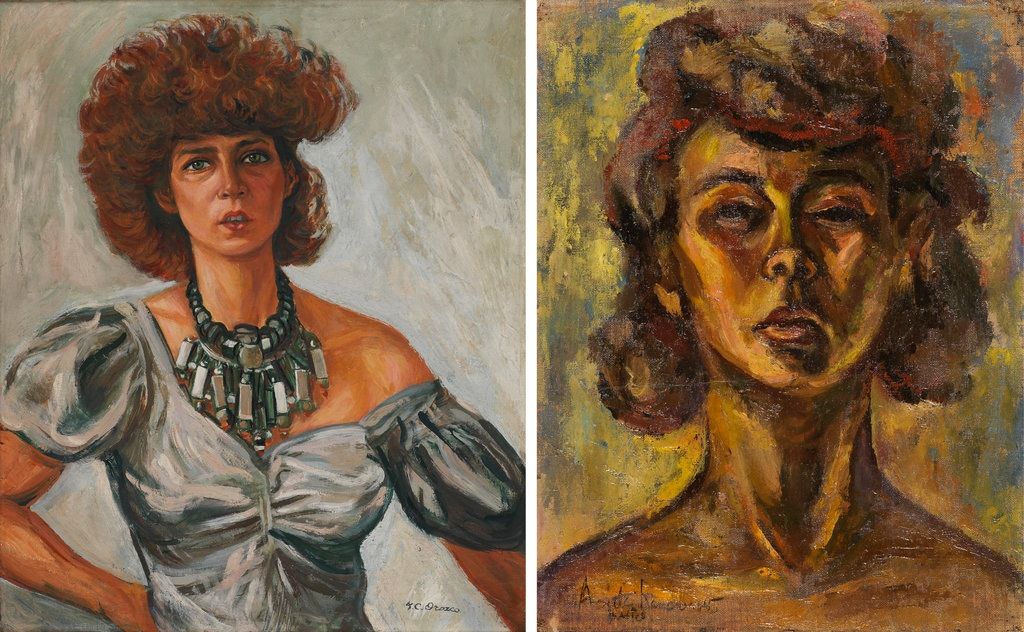 "Everything Annette Nancarrow paints is just like her.  Her imagination transports us into a make-believe world that we have long ago forgotten . . . a world of playful fantasy full of incredible ideas. Only Annette could, it appears, conjure forth this magic art from her palette and tousled mane, as a magician brings forth rabbits and doves from his hat."

Annette became Orozco’s assistant for one of his fresco ceiling murals, “The Four Horsemen of the Apocalypse” in the Templo de Jesus, the oldest Catholic Chapel on the continent. She was the only woman artist who assisted him.

"Orozco asked me to paint the necklace on the harpy, since I knew more about jewelry than he did. This is my original piece of work on that mural. This was a most exciting project for me, a highlight in my life, to work and study with such a genius of our time."

An Award-Winning Mural at the End of an Era 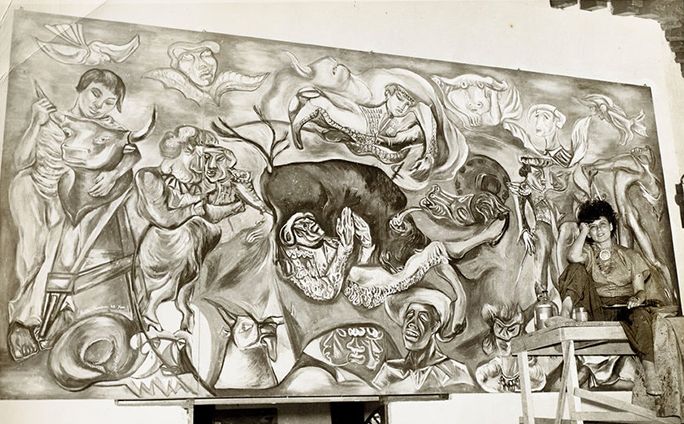 Our grandmother painted this mural while living at the Hotel Borda in Taxco. She was awarded a mural-painting prize by Miguel Alemán, the president of Mexico. It was a decade of change. The golden era in Mexico City that had so nurtured and stimulated Annette, and that had been influenced by her in return, was drawing to an end. There would never be another like it. - Ep. 14 by Rosemary Carstens

In the fall of 2009, we launched our first collection inspired by the designs we had grown up admiring.
This is our homage to our grandmother. 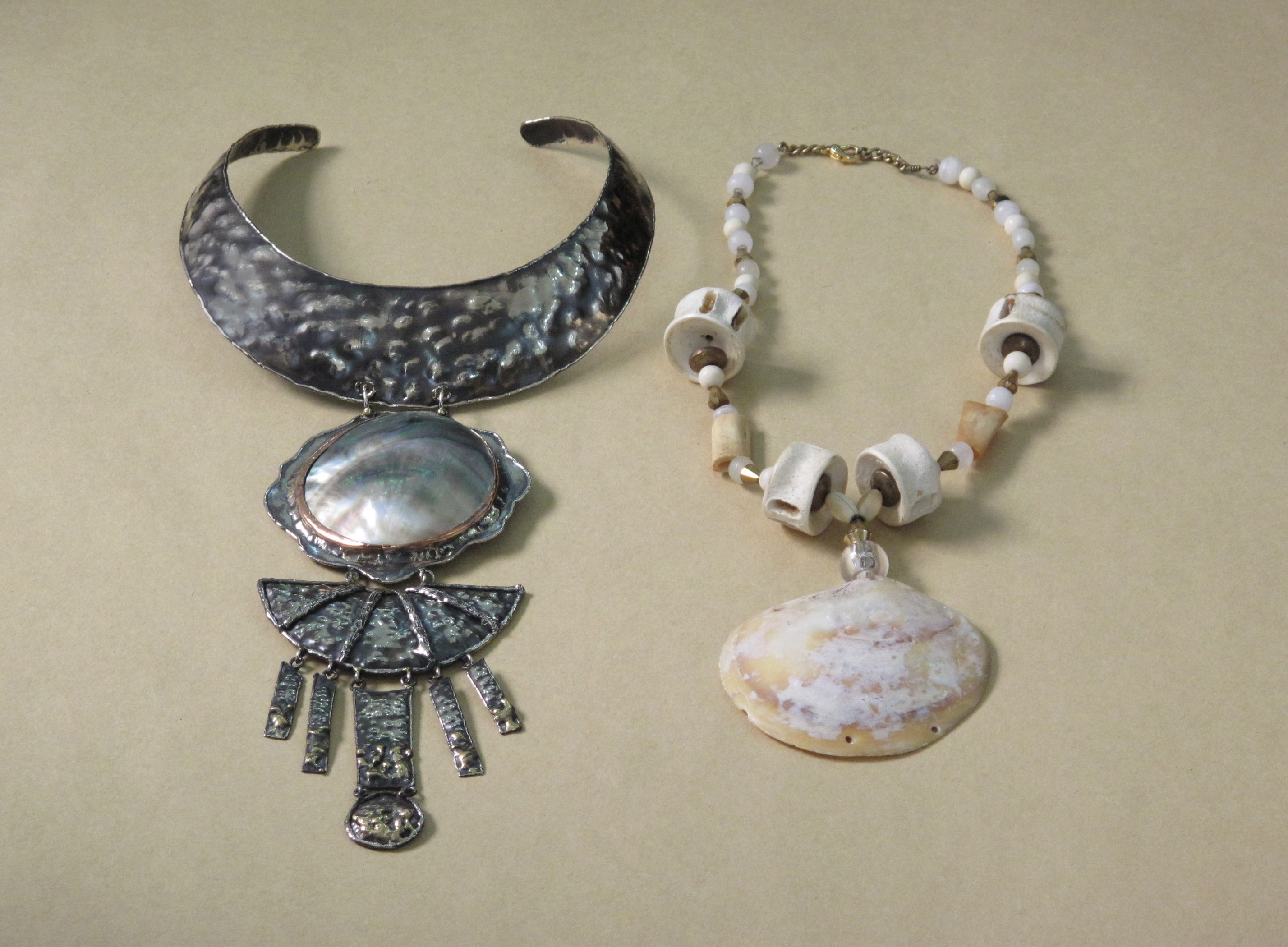 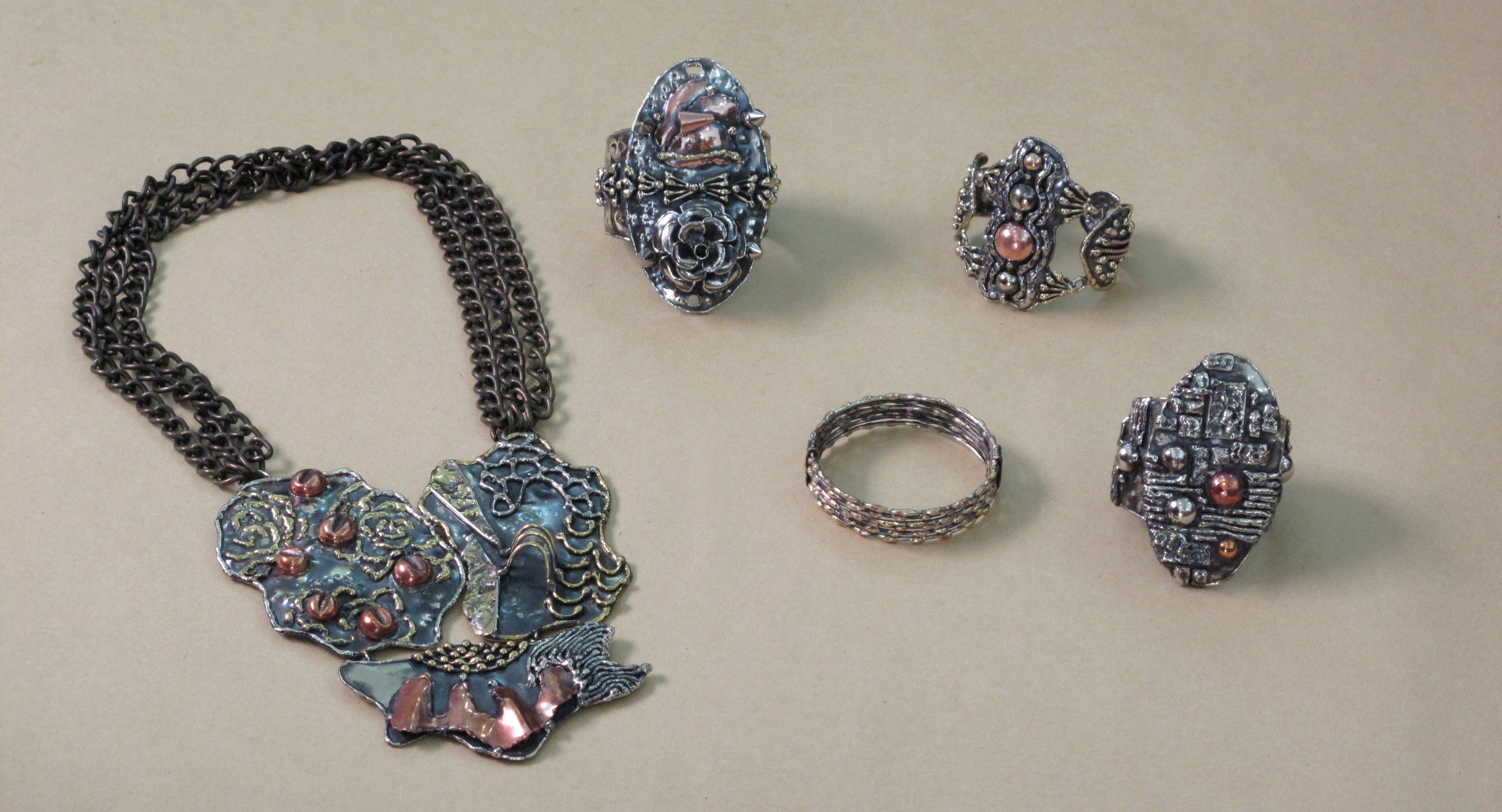